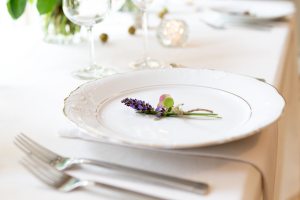 I stopped to watch from across the room as my 92-year-old mother carefully wiped down the silverware. She rubbed a knife gently with the soft cloth clutched in her arthritic fingers, then held it up to the light for inspection. Her shoulders are stooped, her fingers gnarled, and cataracts have formed like invisible spider webs in both eyes, but her expression was one of such intense contentment it almost hurt to see.

I had picked her up from her seniors’ residence for a family lunch at my home. I went to get her early because I know the pleasure she gets in the preparations of a family meal. Her life is slowly winding down, and with it her sense of purpose is dwindling badly. Though simple, the tasks I asked her to help with made her feel needed and useful.

For me, it brought back a memory of a Christmas at my grandparents’ home when I was a child. Dinner was over and my mother and her two sisters were washing and drying dishes. They, along with my grandmother, had worked hard preparing the meal:  peeling, cutting and cooking carrots and potatoes, checking the turkey and setting the table. Close to 30 people including children, husbands and cousins – had sat down to the holiday dinner.  Now, while everyone else relaxed in other parts of the house, the three sisters continued to work.

I had come back into the kitchen and could see them standing at the sink with their backs to me.  High heels had been discarded and they stood in stocking feet. They had tied aprons around their waists to protect their holiday outfits from gravy splatter, carrot stains and other remnants of the meal. The number of special-occasion plates, glasses and silverware they handled was staggering. Yet they talked and giggled like school girls and the sound of their laughter was like tinkling glass – pure, clear and joyous.

Now, all these year later, I observed my mother without her knowledge again. She moved slowly, as if extending the task for as long as possible, carefully laying the silverware at each place setting. The family has shrunk – her husband and parents are gone, and she is the lone surviving sister. As she held the knife up to the light, I think she saw more than a spotless stainless steel blade. I think she saw their faces and the memories of other meals when they had a place at the table.

6 thoughts on “A Place at the Table for All”