This week I read a few bloggers’ responses to Salted Caramel’s #Blogging Insights prompt “Which mistakes did you make in your first few months of blogging?”   I didn’t participate in the prompt, but I toyed with the question for a few days until I decided:  The biggest mistake I made was biting off more than I could chew.

I started my first blog almost five years ago. I wanted to write on a specific topic but I’m not an expert on anything. Finally, an idea I could get behind came to me and my blog, “52 Weeks”, was born. The idea was to feature one special woman in my life each week. I had an abundance of spectacular female friends, family members, colleagues and acquaintances I could write about.  There was beautiful, courageous Renée, a mother of two boys, who lost her husband to cancer when he was just 40 years old. There was my tribe of close “sisters” – friends I have known forever and who are each strong and beautiful in their own way. There was my step-daughter, a free spirit who often swims against the current to be true to herself.

So, armed with my niche topic, I outlined the process I would follow, compiled a list of names, and set out to launch my blog. The first person I asked to participate was Ida, someone I have known since grade school. When she accepted, I sent her a list of questions to answer. They included fun facts like: 1) What cause is close to your heart? What’s your biggest fear?  Name a guilty pleasure.  I also asked her to send me photos I could use with the post.

Once I had all the material, I began the post with the story of how we were connected, followed by her answers to my questions. So far, so good, right? Then came editing and that’s where I hit a roadblock. I wanted the post to really show Ida’s qualities and what makes her special.  And I was afraid I just wasn’t doing her justice. So I spent my evenings reviewing, editing, then reviewing and editing again. By the time I published the post, I was behind on the research and work for the following week. And so it went until after nine weeks, I ran out of steam.  I still think it was a good idea and I may get back to it someday!

I work in a wonderful place. Yes, almost everyone who comes through our doors has 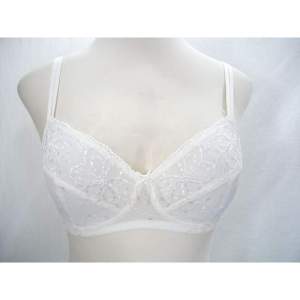 cancer and is seeking help. But along with the sadness, we find unexpected moments of hope, joy and even humour.

Last week, my colleague and I met with a warm, wonderful  lady from a foundation that offers services for people with brain tumours. We sat and talked for over an hour about the programs each of our organizations offers and how we can help each other and the people we serve.

Then she shared that, on a personal basis, she is a breast cancer patient advocate. She had a full mastectomy followed by reconstruction surgery because she carries the BRCA gene.  This led to a discussion on a recent recall of breast implants, bathing suits and bras for women who have had mastectomies, etc. My colleague is a nurse who works closely with our clientele, so she was very interested in getting information on these items that she could relay to women at our centre.

This discussion came at the end of the meeting and we were all standing and making our way to the conference room door.  The room has glass walls on three sides so anyone walking by can see into the room. (It is, however, on the second floor of our building. Our programs and services are offered on the main floor and basement, so patients never come upstairs. But staff, visitors, volunteers do).

Our guest looked quickly at the glass walls, gripped the hem of her blouse with both hands and pulled it up to her neck.  “I’m wearing one of those bras now; look how beautiful it is,” she said. And it was! She wore a beautiful, feminine, lacy slip of a garment that we all admired. She then lowered her blouse and we continued our discussion.  The gesture seemed perfectly natural at the time: It was a sharing of information among women to help other women.

It’s only afterwards that the incident made me laugh because, really, where else could something like that happen in a business meeting?

Her name was Francoise.  She worked in the same college I did when I was fresh out of school, but I didn’t know her well. She always looked like she’d just rolled out of bed and headed straight to work. Her hair was mussed up all the time; she didn’t wear any make-up and her clothes were clean, but dull, shapeless garments that hung on her small frame. She rarely smiled and she looked so tired! At one point I wondered if she hit the bottle hard. I thought she was in her 50s but now I think she might have been younger and simply worn out by life. One day we came into work to learn that Francoise had been shot dead by her boyfriend in the front yard of their home as she tried to flee him.

All these years later, her story came back to me while watching a show about violence against women. According to the Canadian Femicide Observatory for Justice and Accountability, 136 women were victims of “Femicide” in 2019. (In broad terms, femicide means the killing of women, primarily by men, because they are female). The show aired to shed light on this in the approach to International Women’s Day.

Every story of domestic violence starts with a love story.  The show began with the stories of two survivors of domestic violence. Again and again, they said, they were asked “But why did you stay?” or “Why didn’t you leave?” The answer was not simple.

In the beginning, the women were wooed and made to feel loved. Slowly and methodically, their partners began to denigrate them. They were told they were ugly or stupid. One was under constant supervision; her outings to the grocery store were timed; her cell phone was checked; cameras were installed in the house so he could watch her from his cell phone. And even if she had no transgressions, something would trigger his anger. The situation escalated from verbal to life-endangering, physical violence. Often, the worst happens when the women finally do try to leave. These two women successfully escaped and lived to tell their stories.

A psychiatrist on the show said something profoundly disturbing. He said that to narcissistic men, women are just a possession to be disposed of when they no longer want them. That may be true in some cases. In others, the mental health of the men is such that only drastic action will relieve their suffering. They are disconnected from reality and the consequences of their actions.  Whatever the underlying reasons, as a society, we have to do better at helping these men and protecting women.

On International Women’s Day, let’s honour some of the women who senselessly lost their lives by femicide.  Here are a few from the Montreal area who were taken too soon from their families recently:

JANUARY 2020:
HER NAME WAS JAEL
Age:  33, mother of six. Her husband killed her one night while their six children were in the house and then inflicted injuries on himself to make it look like an intruder attack.

DECEMBER 2019:
HER NAME WAS DAHIA
Age:  42. She and her two children were killed in their home by her estranged husband before he took his own life.

HER NAME WAS ASTRID
Age:  48. She was killed on Christmas Day by her estranged husband. He then killed himself.

NOVEMBER 2019:
HER NAME WAS LINDA
Age 48:  She was stabbed to death by her husband who then turned himself into police.

OCTOBER 2019:
HER NAME IS FLORENCE
In the early stages of separation from her husband, she returned from work one evening to find he had brutally murdered their two children and then killed himself in revenge.

DECEMBER 1989:
REMEMBER THE 14
In December, Montreal marked the 30th anniversary of the shooting of 14 young women at École Polytechnique in Montreal. The lone gunman’s motives were his hatred of women and fight against feminism. He didn’t believe women had a place in a school that led to what used to be male-dominated careers. He then turned the gun on himself.